点心侠 Dim Sum Warriors the Musical premiered in Shanghai in August 2017 to packed houses, produced and presented by Stan Lai Sheng-Chuan, the most important voice in Chinese language theatre, at his new theatre in Shanghai, The Theatre Above (上剧场). Music by the 2017 Pulitzer Prize-winning composer Du Yun!

点心侠 Dim Sum Warriors the Musical will be back for a China-wide tour in 2018! Follow us on Facebook for more updates! 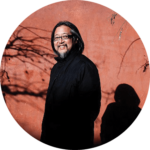 Stan Lai (Lai Shengchuan) is the most celebrated Chinese language playwright and director in the world. Based in Taiwan, where he founded the influential theatre group Performance Workshop, Lai’s work has profoundly transformed the path of theatre in Taiwan and China today.

Lai’s over 30 original plays have continually pioneered new horizons in modern Chinese theatre, and have been described as being “rare works that delicately blend fine art with popular culture.” China’s most prominent critic Yu Qiuyu says that Lai’s work “always has the ability to touch the heartstrings of countless audiences.” His most famous works includes That Evening, We Performed Crosstalk (1985), which revived the dying art of “Crosstalk” in Taiwan; Secret Love in Peach Blossom Land(1986), described by the New York Times as “the most popular contemporary play in China”; The Village (2008), described by the Beijing News as “The pinnacle of our era of theatre”; and the epic A Dream Like A Dream (2000-2013), which has been compared to Peter Brook’s Mahabharata and hailed as “The most elaborate theater work in Chinese history” and “possibly the greatest Chinese-language play since time immemorial” (China Daily).

Born in Washington, D.C. in 1954, Lai was educated in America and Taiwan, and received his Ph.D. in Dramatic Art from U.C. Berkeley in 1983. He has received Taiwan’s highest award for the arts, the National Arts Award, an unprecedented two times (1988, 2001). In 2007, Lai received the prestigious Taipei Cultural Award, and in Beijing was elected into the Chinese theater Hall of Fame. In 2011, in Taipei he received the Grand Cordon, Order of the Brilliant Star Medal from President Ma, the highest civilian honor of the Republic of China.

While becoming the premier playwright in the Chinese world, Lai maintained a long teaching career at Taipei National University of the Arts, where he was Professor and Founding Dean of the College of Theater. His students make up the core of Taiwan’s theater culture. In 2000, he returned to Berkeley as Visiting Professor. In 2006 and 2007, he taught at Stanford University as Visiting Professor and Resident Artist. He has also taught at Beijing’s Central Academy of Drama and the Shanghai Theatre Academy, and lectured at Beijing University, Yale, Columbia, Charles University in Prague, and at Berkeley as Avenali Fellow and Artist in Residence.

Nai-chu was born in Hong Kong and grew up in Taiwan. A graduate of National Taiwan University majoring in Philosophy, Ding received her M.A. in Education from the University of California, Berkeley. One of the most prominent theatre producers in Taiwan and the Chinese speaking world. She has produced over 60 plays, including important classics such as The Night We Became Crosstalk Comedians, Secret Love in Peach Blossom Land, A Dream Like A Dream, The Village, Just Play It, and Crosstalk Travelers. She has performed in Plucking Stars and Secret Love in Peach Blossom Land (1986). Ding has also produced 3 films, The Peach Blossom Land, The Red Lotus Society, and Finding Shangri-La, which have received numerous top awards at international festivals. She was founding Vice President of Super TV. Large scale events produced include the 2009 Deaflympics Opening and Closing Ceremonies, Opening Ceremony for the 2010 Taipei International Flora Expo, and the 2011 Taiwan Lantern Festival in Miaoli. She is currently the managing director of Performance Workshop Theatre, and for years has also been a renowned translator of Buddhist teachings.

She has been married to Stan Lai for over 30 years and they have 2 daughters. Ms. Ding is producer of all of Lai’s work, and acted in the first version of Secret Love in Peach Blossom Land, where she created the role of Yun Zhifan. Aside from creative work, they also are noted translators of works on Buddhism. Lai’s translations into Chinese have focused on the work of Dilgo Khyentse Rinpoche and Matthieu Ricard, including Enlightened Courage, Journey to Enlightenment, The Monk and the Philosopher, and Happiness – A Guide to Life’s Most Important Skill. 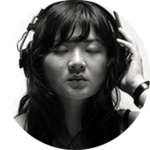 COMPOSER: Du Yun
Winner of the 2017 Pulitzer Prize for Music

Profiled by Musical America, ASCAP Playback Magazine, Sveriges Radio (Sweden), Radio Canada and others, National Public Radio also named her as one of its 100 Composers under 40, praising her as“protean” and “chameleonic”.

Her recent opera, Angel’s Bone, which premiered at the Prototype Festival in New York, received rave reviews from The New York Times, and is now headed to the Los Angeles Opera in 2018.

As an avid performer, she has appeared in many assorted holes and halls across New York, nationally and abroad. Her onstage persona has been described by the New York Times as “an indie pop diva with an avant-garde edge,” and “flamboyant” by the Chicago Tribune.

An alumna of Shanghai Conservatory of Music, Oberlin College (BM), and Harvard University (MA, PhD), Du Yun is currently on the faculty of the State University of New York – Purchase. 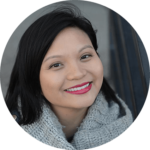 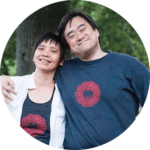 The creators of the Dim Sum Warriors graphic novel and bilingual iPad series, Yen Yen and Colin are also award-winning screenwriters and filmmakers. Their feature film Singapore Dreaming (2007) has played at numerous festivals, been sold to multiple territories worldwide, and has also been screened at the Brooklyn Museum of Art and the Smithsonian Institution.