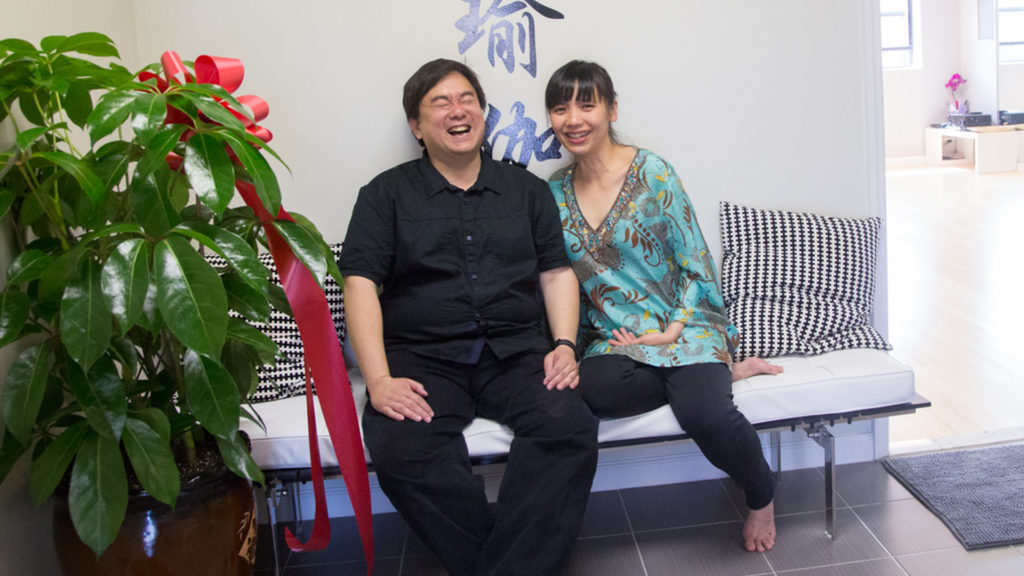 Perhaps the most dazzling example of the “let’s just do it” ethos we acquired since moving to New York is how, in May 2013, we set up a yoga studio.

We’d been turfed out of our old office, which we were fast outgrowing anyway, and an agent showed us a karaoke bar that had allegedly just been shut down by the authorities for certain, ahem, non-musical activities. We liked the space because it caught both the morning and evening sun, and had a lovely rooftop space to boot. But it was too large for our publishing purposes. So Yen, in her characteristic manner, immediately seized on the idea of transforming the extra space into a boutique yoga studio. She’s an absolute yoga addict, and was tired of having to drive to the next town for classes, so after crunching some numbers and making some calls, she assembled a team of super yoga teachers and we completely gut renovated the place.

In the two and half months since Yumcha Yoga (so named to maintain the link with Yumcha Studios, our publishing company) opened, we’ve made some wonderful new friends, and also made connections to our adopted hometown of Flushing of a depth that had hitherto eluded us. Also, it’s removed any excuse for not working out!

If you’re in the neighborhood, come stretch with us!

Check out our 5 star reviews on Yelp!